The congregation of the Finnish Evangelical Lutheran Church began worshiping together in 1887 on the second floor of a wooden school building purchased at an auction for $433 from the City of Negaunee.  This structure was moved to a lot on Park Street and Mitchell Avenue, which was purchased from the Cleveland Cliffs Iron Company.  This building served the worship needs of the congregation for 35 years.

In 1921, faced with many needed repairs to the old building, the congregation decided to construct a new church.  Volunteer labor began dismantling the old church in March, 1922.  The cornerstone for the new church was laid on September 22, 1922 and construction was finished a year later.  The brick structure was a true Gothic architecture, its spire pointing to heaven.

​Immanuel's Sunday School was organized in September 1890, with instruction in the Finnish language.  Because of declining enrollment, English was introduced in October, 1940.

In 1944 the congregation adopted the name Immanuel Lutheran Church to affirm its concern for the whole community.

The Sunday School went from 85 to 300 students by 1959.  Construction of a two story educational building began in May of that year to accommodate the growing Sunday School.

In 1990 Immanuel Lutheran Church voted to provide barrier-free access to all activities.  The parsonage was moved north on Baldwin Avenue and then sold.  The fellowship hall was constructed on the lot where the parsonage was located and was dedicated on June 23, 1991.

A new entrance to the front of the church, along with renovations to the west wall, classrooms, and offices was completed in 2010. 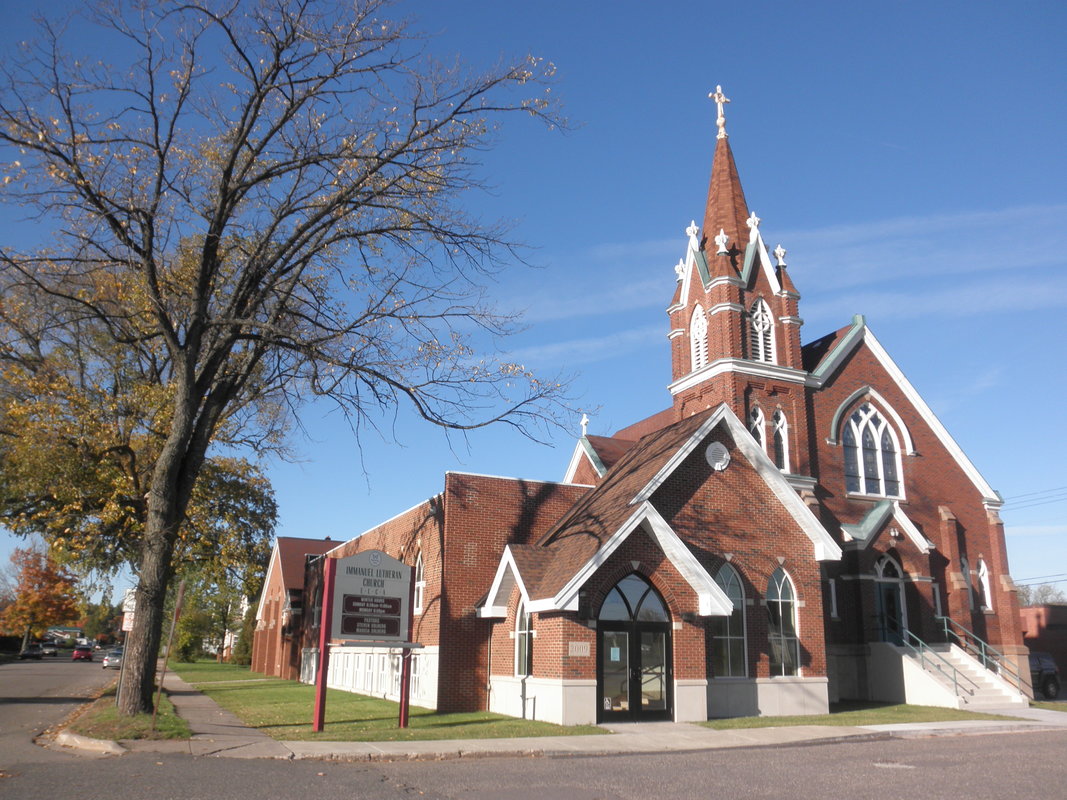